Kicking off the EOSC Tripartite Events in Ireland 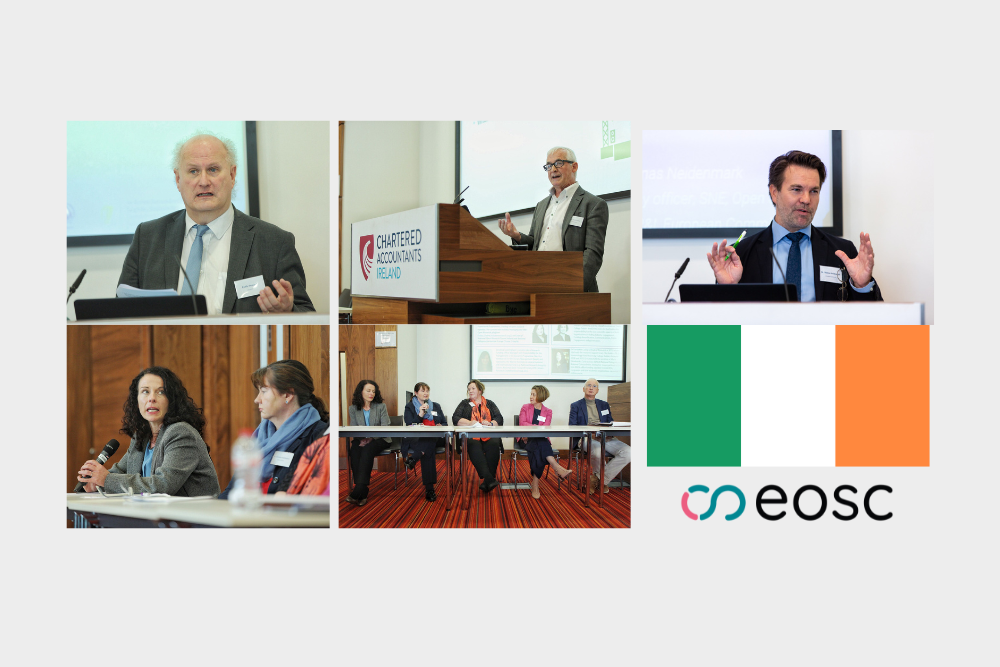 The event was organised around two sessions. The opening session included introductory talks from high-level representatives of DFHERIS, the European Commission, the EOSC-Association, the EOSC Steering Board, Ireland’s National Education and Research Network (HEAnet), and the National Open Research Forum (NORF). Following a brief coffee break, conversation was guided by two panels of national stakeholders for the development of Open Science on the subjects of “Research Infrastructures in Support of Open Science and FAIR data” and “Implementing Open Science Policies: Perspectives from Funders and Institutes”. Panellists included, among others, Denis Shields the Head of Node of Elixir Ireland, Director of the Digital Repository of Ireland Natalie Harrower, Venkatesh Kannan, Irish Centre for High-End Computing Technical Manager, Programme Manager for Ireland’s Health Research Board (HRB), Patricia Clarke, and Brian Fitzgerald, Director of Lero, the Irish Software Research Centre. 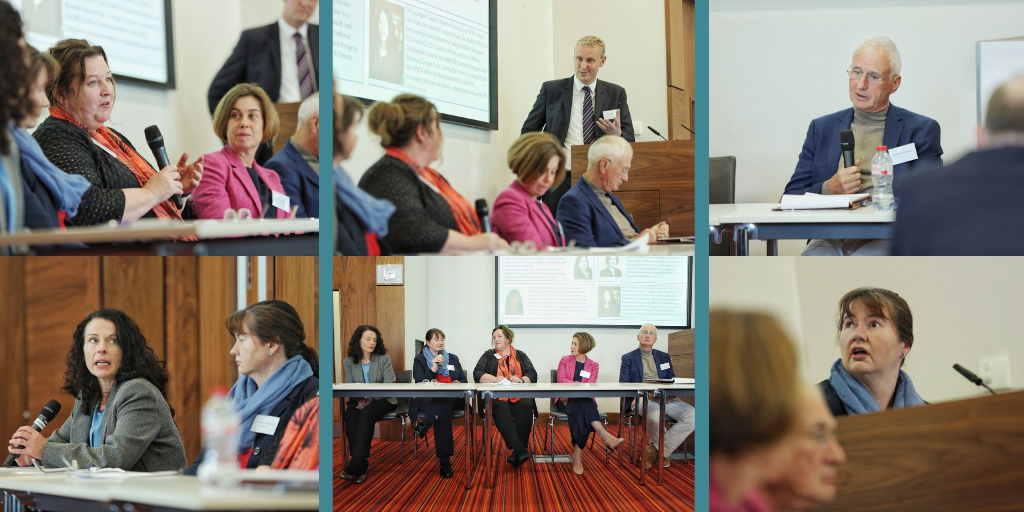 A key takeaway from the event was the community focused approach of the Tripartite governance structure. “The Open Science paradigm affects the whole research cycle and all its stakeholders”, said Thomas Neidenmark, Policy Officer at the European Commission Open Science Unit, “Implementing the EOSC is a community-driven process.”

On a national level, Roberto Sabatino, Research Engagement Officer at HEAnet, noted the need for continued coordination and dialogue between the diverse stakeholders in Ireland and Europe to allow for a greater synergy of national and international activities. The focus here would be on developments occurring within the EOSC-Association, including its 13 task forces and opinion papers being developed by the EOSC Steering Board. This dialogue may be supported by online café-style sessions, complemented by formal meetings to address more complex aspects. Participants also noted that particular attention needs to be given to the implications of commercial involvement in publicly-funded research; there were calls throughout the meeting for engagement with research private partners to get their input into Open Science strategies. Other common themes throughout the event included a greater focus on people as an essential component of effective and efficient research infrastructure, greater incentivisation for researchers engaging with Open Science practices, and concerns around gaps and sustainability of Open Science infrastructure due to project-based funding models. 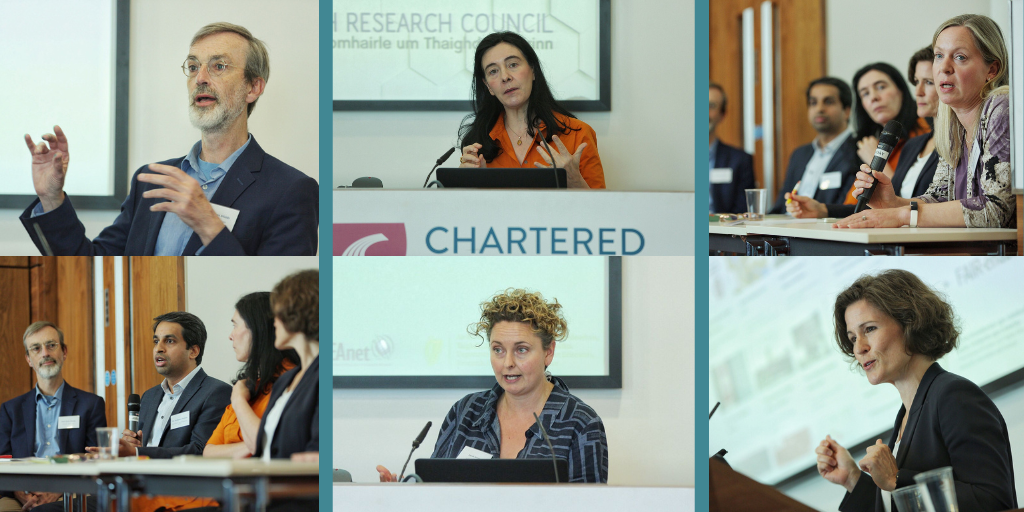 In his closing remarks, Paddy Howard, Principal Officer at DFHERIS thanked each of the speakers and highlighted the continuing nature of the dialogue between national and European stakeholders and the willingness of the Commission to listen. “The wonderful vision of the EOSC-Association president, Karel Luyben, for European Open Science in 2040 is both ambitious and realistic, and clearly positions Open Science as a public good.”