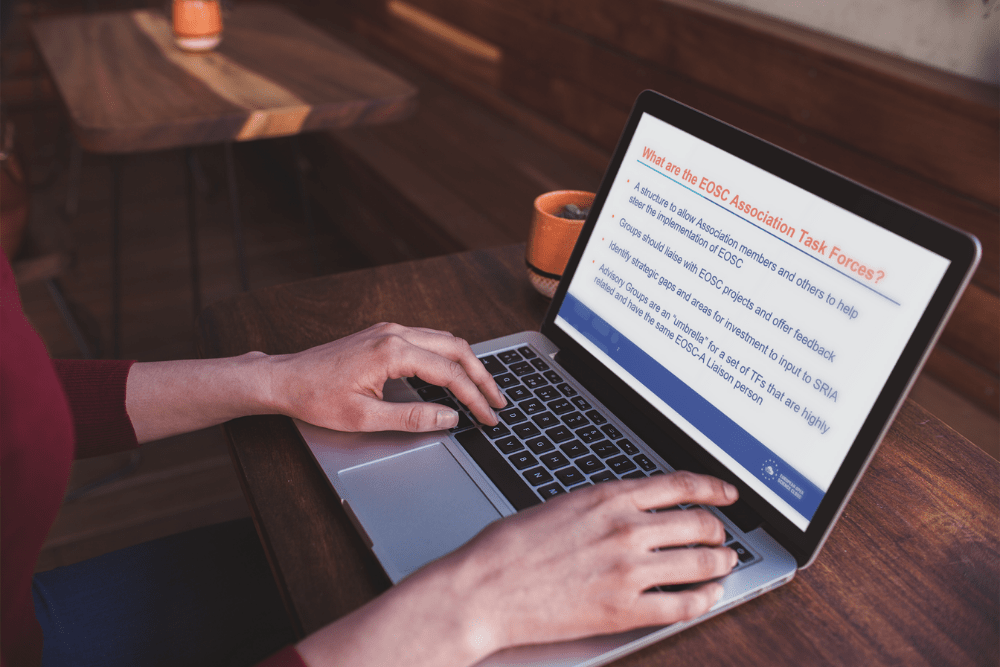 Approved members of the EOSC Association Task Forces (TFs) have been confirmed and have started organising their first meetings. The 13 TFs are linked to 5 Advisory Groups (AGs), which provide light coordination between them and a liaison with the EOSC Association Board of Directors. Notifications to remaining applicants are still to be sent, pending final checks on balance by the Board. These are expected to go out in early October after discussion with the coordinators.

During our workshop at the Open Science FAIR in September, EOSC Association Directors and TF representatives offered a detailed overview of the scope of each TF, their expected timeline of action, as well as their numbers.

The largest TF is the one on Technical interoperability with more than 60 members, while all the others range between 20 and 50 participants. Names of members will be posted on the EOSC Association website once we have received permissions and finalised membership. Balance in gender, geographical representation, organisations was ensured as much as possible via a coordinated evaluation process between all AGs.

As announced in the call, the majority of applicants (more than 55%) come from EOSC Association member organisations, while Observers make up about 11% of the total. As a testament to the openness of the TFs, slightly less than one third of accepted candidates represent the wider community, from organisations not (yet) directly involved as either members or observers of the Association.

These Task Forces will play a fundamental part over the next two years, tackling the critical priorities of the implementation phase as envisioned in the Strategic Research and Innovation Agenda. Topics range from PIDs to the Rules of Participation in EOSC, from researcher engagement to training, from technical and semantic interoperability to the long-term sustainability of EOSC.

Find out more about the Advisory Groups!